Otis Cadillac
"From Fantasy To Fame"
By Peter "Blewzzman" Lauro

Otis Cadillac has risen from being a figment of one person's imagination to being a sought after entertainer at South Florida juke joints. That's right, the one time fantasy man and his band - that have now become a reality - are curiously on their way to fame....allow me to explain.

"Famous" Frank Ward, the entertainment director at Boston's On The Beach in Delray Beach, Florida, does one hell of a job booking world class blues acts at the establishment. From time to time, when there aren't any acts available, Frank relies on his good friend and veteran blues man Otis Cadillac to fill in. However, because Otis' car is always breaking down, or because he's stuck in traffic, or for some other lame reason or another, Otis is always running late - and ultimately never shows up - so Frank's band, the Nucklebusters - always have to fill in. In reality, the reason Otis never showed up is because he didn't exist...... until now.

One night, to Frank's surprise, Otis Cadillac and his band actually showed up for the gig. Here's how it all went down.....

On a night where everyone was waiting for Otis Cadillac to allegedly arrive, the Fodera Brothers - South Florida's answer to the Blues Brothers - came up with an idea. Mark mentioned to brother Joe that the next time Frank claimed that Otis Cadillic was appearing, that a bunch of them should show up in Zoot suits mimicking the Otis Cadillac Revue. Brother Joe loved the idea but took it up a notch.....errrrrr make that a bunch of notches.

Fast forward several weeks and a few rehearsals and the Fodera's, with the help of Bobby "BBG" Goldman, had assembled a full blown eleven piece R&B band made of of talented local musicians and featuring three female backup singers. The group even has their own emcee. All that was left now, was to put the plan in place.

Working in cahoots with Mark and Dan, Boston's manager and sound man, the group devised a plan. As it turned out, Otis' next appearance was scheduled on Frank's birthday on a Tuesday night in November. To make a long story short, Frank was taken somewhere and was not expected to arrive at the club till 9:00 PM. With a lookout signaling his arrival, the minute Frank walked into the room, emcee Mark Fodera introduced - for the very first time - "Otis Cadillac & The Eldorados with The Sublime Seville Sisters".

The show was a smash, a good time was had by all, Frank had a wonderful birthday surprise and Otis Cadillac became a reality.

After only two shows, both smashes, Otis Cadillac & The Eldorados with The Sublime Seville Sisters, are well on their way to stardom. As a matter of fact, they've just been booked into their first festival - The Memorial Day Weekend "Rockin' The River Festival" being held at Earl's Hideaway in Sebastian. 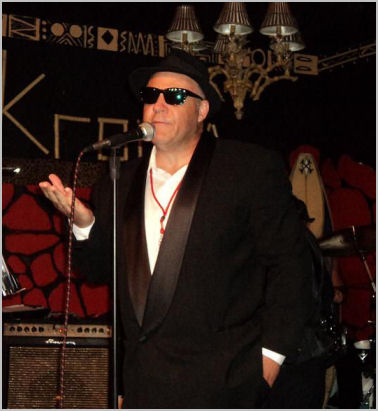 This being my first time seeing the band, I wasn't quite sure what to expect. Yes, I personally know - and have seen - most of the eleven members perform in their own bands so I did already know they were all top notch musicians. On the other hand, I couldn't help but wonder if the shtick of a novelty act would get a bit too zany.

The Eldorados took the stage, sans Otis, and immediately found the pocket as they went into their rendition of "Green Onions". Musically, there was no doubting this would be a hell of a show.

It was now show time, as brother Mark led brother Joe to the stage. The band started playing, Otis Cadillac and the Sublime Seville Sisters went into such a soulful and perfectly done version of "Need Your Lovin", and I was convinced I'd never refer to this band as a novelty act again. What started as a joke is turning out to be a joy. 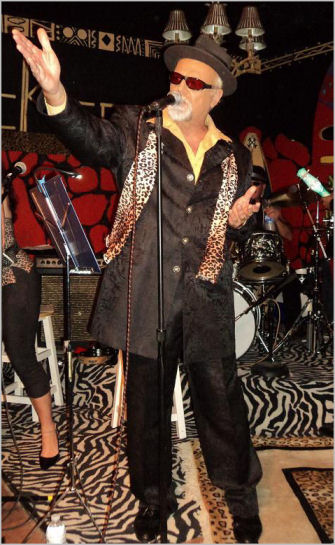 Several songs later the group did one of my favorite Manhattan Transfer songs - "Trickle, Trickle" - and they nailed it. It immediately brought to mind the video in which the members of Manhattan Transfer were dressed up as the Ricardos and the Mertzs doing a skit where Lucy is trying to stop the faucet from leaking. That video was as classic as the "I Love Lucy" TV show and this was a classic version of the song. When it was over, I said to my wife that I thought Nicole, Holly Holly and Sister Mary Beth could easily be the next Andrew sisters - their harmonizing was that good. 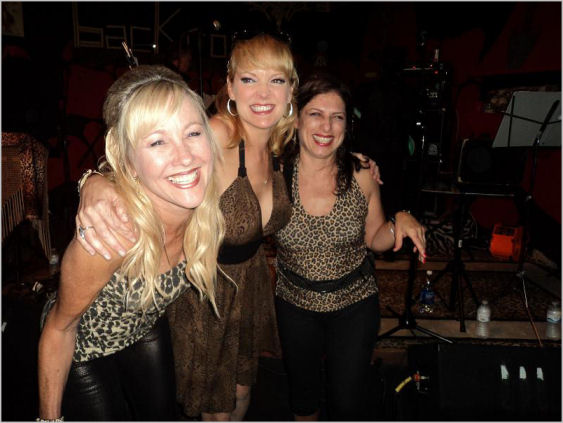 The rest of the set, which lasted 90 minutes, featured Otis belting out about a dozen classic R&B hits while featuring each of the Seville Sisters on several duets.

Interestingly enough, the one person of the group that is not - and by my knowledge has never been - a professional performer turned out to be quite the star. Joe Fodera got 100% into character and did an outstanding, and very crowd pleasing job as Otis Cadillac.

Otis Cadillac & The Eldorados with The Sublime Seville Sisters turned out to be a very fun and entertaining band. I don't quite know if touring is in their plans, but if this show ever goes on the road keep your fingers crossed that it's on a road near you.